This is a guest post I wrote for the All Under One Leaf Blog for the UK Plant Sciences Federation on 10/7/2016. It is reposted here with permission. 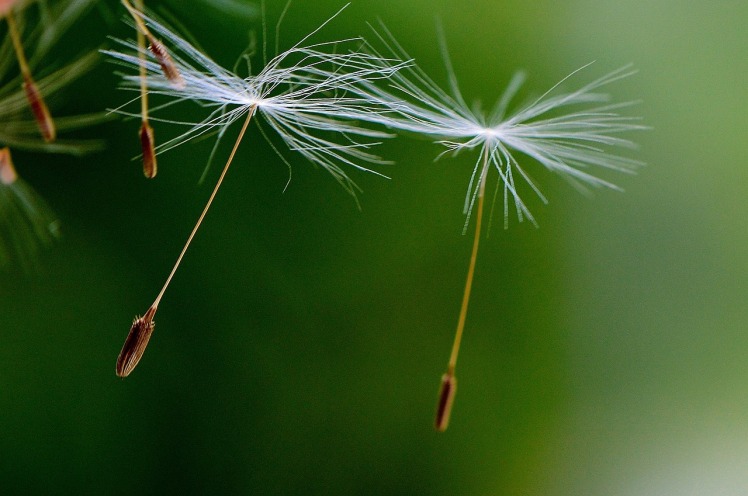 Seeds for The Future

This is a story where people died to preserve plants for future generations. Nikolai Vavilov (1887-1943) is the scientist at the center of this story and his legacy is still present today in the preservation and capturing crop plants’ genetic diversity.

Humans directly consume a small subset of nature’s diversity to fuel our civilization while being 100% reliant on the rest of the plant world.

When humans started farming ~10,000 years ago, a small number of species were domesticated. Farming (eventually) provided a surplus of food and ways to store harvests over-winter were developed. This freed people to specialize in other fields resulting in our current world where fewer people need to be farmers (~2% of people in the US). Food security is the backbone of a healthy economy.

If food security wobbles, so do we– and those struggling to create a food surplus, like many in the developing world, are most vulnerable. An example of why we need plant genetic diversity is finding a solution to the current strain of panama disease quickly moving around the world infecting the The Cavendish banana variety.

Taking measures to ensure a diverse, and robust, food system for the present and future are a global public good.

Vavilov and his family lived through several famines in Russia. He became a plant scientist in no small part because he experienced food insecurity. Vavilov studied plant pathology and quickly became a world traveler. He did some work with one of the re-discoverers of Mendel’s Laws of inheritance: William Bateson. Vavilov was working at a time when genetics and the nature of trait inheritance was just being widely understood. In 1916, he started his global seed collecting travels to archive wild and domestic varieties of crop plants to improve Russian agriculture. His work yielded both foundational and applied breakthroughs.

His idea that localized areas where a species (& its close relatives) vary most in trait/genetic diversity is likely the domestication origin is supported by experimental evidence. Even more significant, his law of homologous series helped predict species or genus trait variation. Namely that closely related plants would have parallel levels and types of variation.

He tracked centers of origin for grains, potatoes, legumes, and several other species, gathering them in one of the World’s first seed banks in St. Petersburg, Russia (then Leningrad). Vavilov (and staff) banked and tested combinations of selectively bred seeds for desirable traits as a hedge against famine. Banked genetic diversity (whether found in the wild or held in a seed bank) might hold– has held– solutions to some causes of crop failure like disease, drought, and freezing.

He was at the cutting edge of genetic research in his time and essentially an early population geneticist, applying natural variation to agriculture.

Vavilov was arrested in 1940 after becoming unfavorable to Stalin, for, in part, doing science well and deliberately. Trofim Lysenko, promising faster and better results for Soviet agriculture was appointed head of Russian plant science and agriculture. While Vavilov starved to death in a gulag in 1943, Lysenko put into practice policies and promoted science that would be considered pseudo-science today that took Russian science years to recover from.

Though Vavilov was gone, seed bank scientists worked through World War II. The Nazis laid siege to Leningrad from 1941-44 (2.5 years!) and many people starved to death, including 9 workers at the seed bank. The staff developed protocols and moved the collection of seeds to be safe from shelling, the elements, starving rats, and even themselves. Banked seeds were routinely looked in upon, but never by a solo scientist. 9 died of starvation protecting the banked seeds, believing the banked diversity would save even more lives in the future.

The bank was largely intact by World War II’s end. And the Vavilov Institute exists today. The plants saved have been sent all over the world and their variety incorporated into agricultural varieties. Seed banks are now also more common.

There are many seed banks around the world today. Including a seed bank of last resort, the Global Seed Vault in Svalbard, Norway. A recent project of Kew Gardens is the Millennium Seed bank Partnership that seeks to conserve 25% of plant species diversity by 2020 through partnering with countries around the world. As of 2015, there are over 2 billion seeds banked representing 13% (36,333) of the world’s plants. Further, more and more plants not only have their seeds stored, but actual gene sequences in a database as well. While we certainly hope it won’t be needed, it is good to have seed and gene banks as part of our plant product security tool box as we face global challenges like climate change and feeding a growing population.

**Outstanding telling of the Vavilov Seed bank workers during the Siege.

2 thoughts on “Securing the Future of Plants for All”

This site uses Akismet to reduce spam. Learn how your comment data is processed.

Discuss The Quiet Branches with me